Setting up python and managing different packages can be frustrating at first. Not because there’s not enough documentation on it. But precisely because there is just too much about it with so many options to choose from.

This post serves as an ultimate guide to setting up python whether you are a beginner and just wanna learn coding with python or want to set up python for a project but have been away from python for too long to forget how it works.

There are many versions of python out there; python2 and python3 are the two major versions. python3 being the most common, have many sub-versions. i.e python3.4 python3.8 with python3.9 being recently released. in this post, we will set up python3 with conda. You can choose the python3 version you prefer.

beginners tend to get confused about Anaconda, Conda and Miniconda.

Allow me to explain…

Conda is a package manager for python. you can use conda to

install new packages like numpy, matplotlib and many more. list existing packages with conda list or just remove them. Conda can also be used to create virtual environments of python with different packages or even different python versions! more on this later. For now, just keep in mind that conda is used to manage python packages.

Just like Ubuntu is a distribution of Linux hah!

Anaconda and Miniconda are different in some ways from each other. Anaconda comes with many python packages like numpy pre-installed and a GUI to easily navigate and configure different settings while miniconda is just the management system without the packages installed. you can install packages by yourself. Miniconda is light and doesn’t require as many resources as Anaconda does. So finally when you install either of both, anaconda or miniconda you perform commands like conda list or conda install [package name]

According to the official documentation:

Choose Anaconda if you:

Choose Miniconda if you:

You can download either of them for windows, MAC OS or Linux from the links given above. Follow the installation instruction given on the page with miniconda you have to choose the version of the python3. I would recommend going for python3.8 or python3.7

From here on you can use the GUI interface to search and install packages or open the anaconda command prompt for windows. Once you open it you’ll see something like this:

the (base) means that conda base environment is activated. On Linux, it shows up on the default terminal after you install miniconda or anaconda. On Windows, you need to open the Anaconda Prompt. Search for it in the newly installed programs section of the windows.

Python, being a popular programming language, has many versions. A few years back there was a major update that split the language into two major versions being python2 and python3. Many working projects use either python2 or python3. on top of that, python has hundreds of packages that can be installed as per the requirement of a specific project. and then ON TOP OF THAT, these packages also have many versions.

In this section, we will create a new conda virtual environment for python and install matplotlib in it.

with the anaconda prompt open for on windows, type following in the terminal

with the --name argument the next text will be the name of the environment which is new_environment in this case. you can change it to any name you like. python3.8 will tell the conda to make the environment with python version 3.8 after typing, this command hit ENTER and accept all the prompts. conda will install all the necessary packages. once it is finished doing its thing. now if you do a conda env list it will show you the newly made environment as well with * still on base. to activate the new environment type

the conda activate command accepts the env name to be activated which is new_environment in our case. once you hit ENTER. now it will show you something like

indicated that the new environment is activated. from here on you can type python to envoke python in the command prompt. you can also type conda list to see all the packages installed. now to install matplotlib we will do a

this will print the version number. press ctrl-Z or type exit() to exit python.

from here on, you can play around a little more and do conda -h or conda install -h to learn about different commands and arguments given to conda. or use can just use the GUI version to make new environments, install and uninstall packages. it is pretty straightforward in the GUI panel of anaconda.

Now writing few lines of python like this in the command prompt is ok but if you want to do work on a project then we need something else to write code, edit it, debug it and run it. that we need a python code editor. and that is a post for another day :) 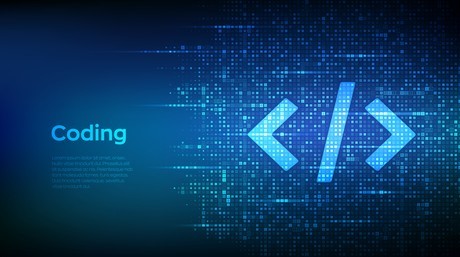 Django3.2.5 with Apache2 and mod_wsgi